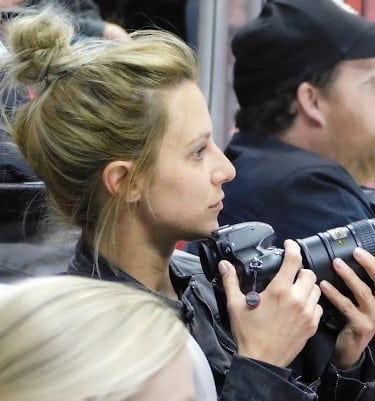 Bars across Cincinnati have received them, and now we have one on this side of the river too. It was like a bad joke that started out with “two Bengals football players walk into a bar.”

All the footballs had been handed out north of the river, with not a single ball floating its way into our region. It seemed that the “Who Dey Nation” didn’t include a single acre of Northern Kentucky, and hopes for a prized ball were dwindling as the Bengals finished out the remaining games of the season.

Until Sunday, when two Cincinnati football players walked into a Covington bar.

“I think everyone was at first kinda caught off guard, nobody really knew what was going on.” Dan Waters, who had been watching the game at Gypsy’s Mainstrasse, explains the excitement at seeing safety Jessie Bates and linebacker Germaine Pratt stroll in with Northern Kentucky’s first signed football. “They came straight from Buffalo, right off the plane; they were extremely gracious to everyone, taking photos with us. They just got done with a huge game and they still came out to see their fans. It was impressive.”

Seeing the players come across the river after a grueling game against the Buffalo Bills shows the investment the Bengals program has in the entire region. Fans have noticed a shift in the team and coaching staff with the changing of the guard, quarterback Joe Burrow.

Waters describes this new dynamic, saying “There’s an energy, there’s a cohesiveness about this team. Joe Burrow, Zac Taylor and Jamar Chase enabling the team to bring out the best of their personality. Like, Zac clearly has them like a unit that loves each other. And like, Joe is just so nice. Like he’s so, so cool.”

Are we going all the way this year?

Waters thinks so, pounding his fist into his hand while predicting “Oh, they’re gonna crush it.”

He says he will be at Gypsy’s watching faithfully, as he has many a game before.

Executive director of Renaissance Covington to take role at ArtsWave