Inside LINK: All things election (except endorsements)

Inside LINK: The hard work of covering elections

Inside LINK: All things election (except endorsements)

Inside LINK: Why bother with a print paper? 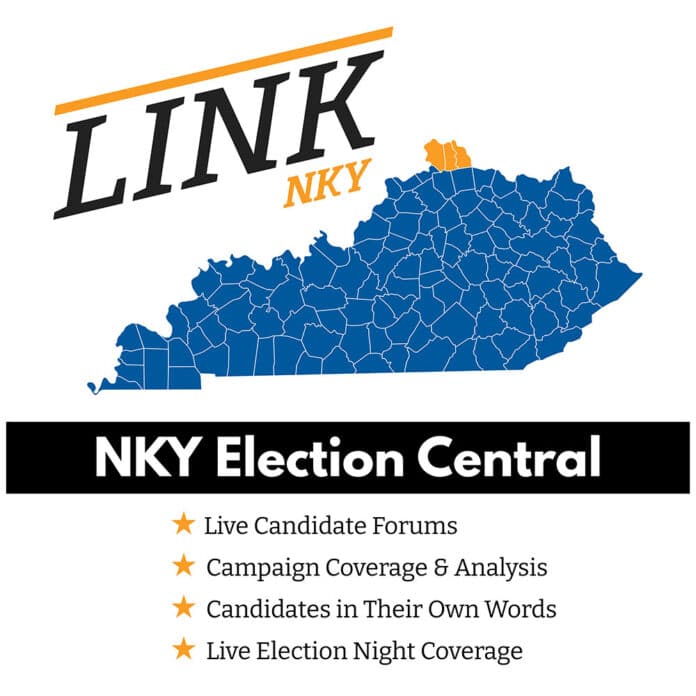 One of the main reasons I was so excited to lead LINK nky, and to be a part of the news again, was to cover NKY’s elections.

I’ve lived in NKY for nearly 15 years now, and because I got here after the Kentucky Post closed, and I lived for a long time in the depths of Boone County, it was incredibly difficult for me to find decent coverage of my local elections. Most of the time, I either skipped the election altogether, because I didn’t know who to vote for, or I went, and only voted for the few positions I understood. (I had no idea what a constable did.)

Turns out, I wasn’t alone. Decades of research has shown that voter turnout suffers when local news outlets close, or stop focusing on elections. People don’t vote if they have no idea who the candidates are, or what they stand for, and local news organizations are often the only way to get that information.

But even worse, more recent research has shown that not only do people not VOTE when they can’t access local election coverage, but fewer people run for office, too. Not only does the lack of local news hurt turnout, it hurts overall civic engagement and the number of choices we all have on the ballot.

Our mission, then, was clear. We needed to bring back the robust level of election coverage that will help not only bring people to the polls, but also encourage more people to run for office in the first place.

It’s a tall order, but we decided to tackle it head-on. The past six weeks, we’ve been working tirelessly to cover every single contested primary election in the NKY Metro. We’ve written race summaries, held live candidate forums, and asked every single candidate running in a primary to submit an Op-Ed outlining their platforms.

We’ve published the sample ballots in every county, and created explainer articles to help people understand what some of these elected officials are responsible for. (I knew I couldn’t be the only one wondering what a constable did, or if a judge/executive was considered a full-time job.)

This year, we’ve already written, recorded, or published more than 100 articles, videos, and op-eds on the election, and we’re not done yet. By the time the polls close at 6 p.m. on May 17th, we’ll have created more election coverage than the NKY Metro has seen in the last five years combined.

But there’s one thing we won’t do—endorsements. We are not endorsing any candidate for any race in NKY, the commonwealth, or nationally, and we will not endorse any candidates in the future.

It is not our job to tell you whom to vote for. Our role is to help you learn as much as you can about the candidates running for office, and then let you make your own decision in the voting booth. Frankly, our opinions don’t matter—only yours does.

We do, however, want to see more people vote, and more people run for elected office. A healthy democracy requires engagement and participation, which is why we take our role so seriously.

We’ll continue to cover the elections as comprehensively as possible, and hope that it brings more of you to the ballot and the voting booth.