Campbell Board of Ed. to redraw maps after federal court decision

What is the state of higher education in Northern Kentucky? 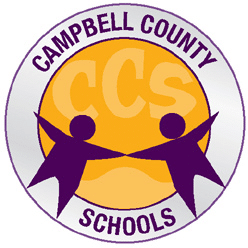 The Campbell County Board of Education is expected to meet Wednesday evening to begin the process of redrawing its district boundaries as it relates to board members and representation of voters.

Board President Janis Winbigler told LINK nky that the meeting is set for Wednesday at 6 p.m. and that an agenda would be forthcoming. The meeting is public, she said.

A federal judge in Covington ruled that the boundaries for the area of the district represented by members of the board of education must be redrawn because two of the five districts have too many people in them.

In his order Friday, U.S. District Judge David Bunning said that districts two and four of the Campbell County board of education are in violation of the Constitution’s Fourteenth Amendment equal protection clause, under the “one person, one vote” rule.

Charlie Coleman, one of the plaintiffs in the lawsuit and a former Campbell County commissioner, said that the Board of Education seems to think that the law doesn’t apply to them.

“They need to get those numbers right and get those districts more evenly distributed,” said Coleman, a former educator and resident of one of the districts in question. “You can’t have them skewed and you wonder why the Board of Education has not already done that. The numbers are not balanced, so if you’re going to have equality in elections that needs to be fixed.”

While the five members of boards of education in local independent school districts like Covington or Newport are elected by all voters in the school district, county systems like Campbell are separated by districts. Voters only cast ballots to elect a board member from their district.

“Which makes you wonder why they wouldn’t want those evenly populated,” Coleman said of Campbell County.

In 2019, Silver Grove School district dissolved, leaving the school district to be placed in District 3, which isn’t one of the districts mentioned in Judge Bunning’s decision.

“I’m not sure where they put Silver Grove when they came in, but they had a perfect opportunity then to redistrict,” Coleman said.

Under Kentucky school board redistricting statutes, division boundaries are meant to be as equal in population as possible, but they don’t need to have exact population splits. Further, they are required to change these boundaries every five years, except in the case of a merger of districts, such as in the case of Silver Grove.

“It’s worth noting that, in statute, there is a process in place for petitioning of school board redistricting. There are local remedies already baked in, that is if citizens choose to look,” said Josh Shoulta, the director of communications for the Kentucky School Board Association.

“School boards are not held to the same redistricting provisions in state law as those for, say, the state legislature and fiscal courts, but school districts can and do take their cues for redistricting from them,” Shoulta said. “KSBA actually encourages boards to wait until the state sets the new boundaries, then review their own board divisions, alongside county fiscal courts who will be redrawing their divisions around that time as well.”

The Kentucky legislature recently redrew its legislative, judicial, and congressional districts, which happens every ten years after the census. Currently, a lawsuit is still pending in Franklin County over the results of those maps.

“Given that we are now a couple years out from the 2020 U.S. Census results, this is naturally the time when school boards should consult with their local area development districts and fiscal courts to help with redrawing of school board divisions,” Shoulta said.

“The judge ruled that it violated the one person one vote aspect of the law,” Campbell County Clerk Jim Luersen said. “And the school board has to change the boundary of their districts to realign to have more equal numbers for each of the districts.”

It’s unclear whether the federal court’s decision will have an impact on the school board elections. There are two seats up for election this year, with one of those seats being the 4th district that’s name in the lawsuit. The other is the first district. Districts two, three and five will be on the ballot in 2024.

In November, Winbigler, of Wilder, is set to defend her district one seat against challenger Kailyn Campbell, of Highland Heights, while incumbent Peggy Schultz faces a pair of challengers in district four from Nicole Broomall and Barbara Weber. All three live in Alexandria.

“The school board has staggered terms, so this election, the first and the fourth district are up,” Luersen said. “The judge’s ruling on the second and the fourth districts have to be redrawn. At this point, I mean, as long as the rulings are made by our deadlines for printing ballots, then we’ll do whatever the judge’s order tells us whether it involves actually having to open up again for people to file or not.”

Wednesday’s meeting is scheduled for 6 p.m. at the Alexandria Educational Center
(51 Orchard Lane).