Bellevue Police find ‘box of marijuana,’ dare owner to come get it

Free meal program for students extended for another school year

McConnell speaks on inflation, war in Ukraine at Florence Rotary 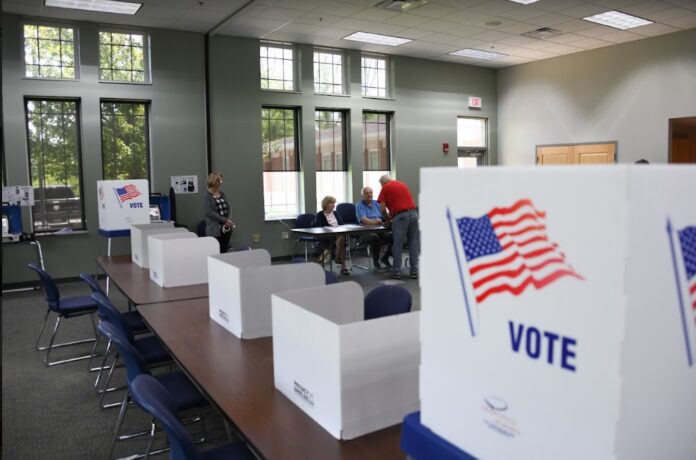 The Boone County Clerk’s Office faced challenges both in the field with voting machines and online when trying to publish election results in Tuesday night’s primary.

Posts circulating on social media reported a malfunctioning voting machine at the Scheben Library voting location in Union, and one post said a polling location in Florence ran out of paper ballots and people were turned away.

Boone County Clerk Justin Crigler saw the posts, too, and wanted to put rumors to rest. He said no one was turned away from voting, and that everyone had the opportunity to vote quickly and securely.

He said at the Scheben Library, the voting machine that completed ballots are deposited into “just wouldn’t turn on.” He said this was before 6 a.m. when polls opened.

“It was like an old car where you turn the key and the engine won’t turn over,” Crigler said.

A secure ballot box for absentee ballots happened to be on site on the second floor of the library, so for a short time, voters were escorted to the second floor to deposit their ballots in the secure dropbox while a new voting machine was on the way. Using paper ballots as a backup is standard procedure, according to the Kentucky Secretary of State’s Office.

Eventually, a new machine was up and running. At the end of the night, Crigler said two Boone County Sheriff’s deputies with active body cameras, accompanied by a representative from both local political parties, unlocked the box and counted the number of ballots. They placed them in a functioning voting machine to tabulate the votes, ensuring the recorded numbers were correct, and then delivered them to the clerk’s office.

Related:  Union to kick off 4th of July festivities early

Crigler also addressed a social media post that said the Florence United Methodist Church voting location at 8585 Old Toll Road ran out of ballots. Unlike what the post claimed, he said no one was turned away.

He said it took a total of four minutes between voters during that time.

After polls closed, the Secretary of State’s website crashed due to high traffic and the clerk’s office faced a slow uploading process due to new software, meaning results couldn’t be viewed online until a few hours after polls closed.

He said the process of uploading the results moved “at a snail’s pace” and was “slower than we probably would have imagined.” He said at the same time people at home were refreshing the web page for results, they were watching a loading icon on their screens, too.

Crigler said the election was hectic, but “well managed” by the team of poll workers and the clerk’s office. He said Tuesday night showed areas for refining their backup systems, but he’s overall happy with the plans in place.

“I mean, it’s hard to control a malfunctioning machine, but that’s why we have backups,” Crigler said. “I would just fine-tune our plan, but I feel very good with our plan as it stands.”

When it comes to preparing for the General Election in November, Crigler said there will be conversations with the state to make improvements to its software and uploading process.