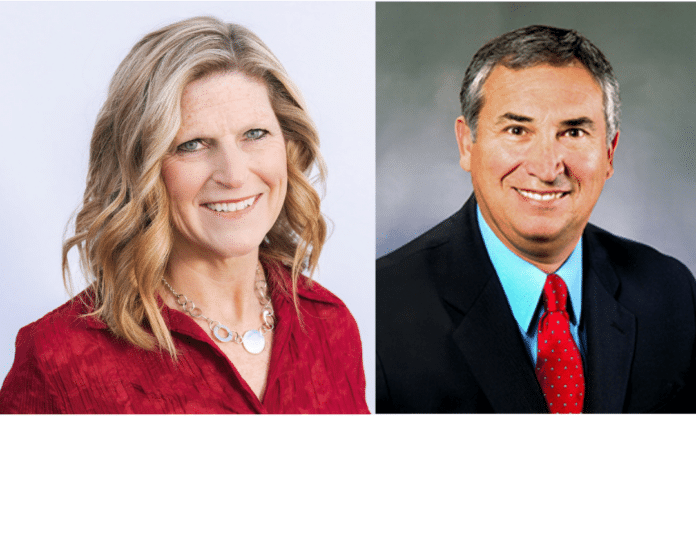 During the 2022 Kentucky General Assembly legislative session, the Brent Spence Bridge took up its fair share of the prime time. While many politicians have talked about the bridge for decades, a fix for the functionally obsolete structure may be as close as it has ever been to fruition.

One of the central Northern Kentucky legislators involved in making it happen is Rep. Sal Santoro (R-Union), who is running for reelection in the 60th District. Santoro serves as Chairman of the Budget Review Committee on Transportation, which means he sponsored and oversaw the passing of House Bill 242, the House’s portion of the transportation budget. The funding for the bridge is contained in this portion of the budget.

“In that role, I am tasked with crafting a fair road plan and can say for the first time in our history, Northern  Kentucky is finally getting our fair share,” Santoro said. “This year, I lead the  effort to bring back more than  $1.1 Billion dollars for the NKY  region, including the money for  us to secure a new bridge to  Cincinnati without tolls to keep  Boone County moving forward.”

With Republican supermajorities in both chambers of the General Assembly, the bridge proved to be a massive bipartisan effort. Republican and Democrat politicians from Northern Kentucky have been unanimous in their support of the bridge.

The Infrastructure bill has been a huge part of that, too, with the potential for the project to receive $2 billion. But, Kentucky put up the funding for that project in unprecedented ways during this last session. This year, the general assembly approved their biennial budget, with $250 million in matching funds provided for the federal grant application process. The state has also put forward $1.3 billion over the course of several years, and with the estimated cost of the bridge expected to be around $2.8 billion, the funds are there to get work started on the bridge.

Santoro said that he platformed on better schools and roads when he first ran.

“Boone County is the best place to live, work and raise a family because we have great schools and infrastructure in place to relieve all the congestion,” Santoro said. “I voted and passed legislation to lower our personal income tax, lower our vehicle tax, and we were able to fund education at record levels.”

Santoro’s opponent, Marianne Proctor, is running on the platform that Santoro is not conservative enough.

“Frankfort has a tax and spend problem,” Proctor said in a campaign video. “For far too long, our legislators have been voting to raise our taxes and to create new ones, like the gas tax. “It’s time for someone new who isn’t cozy with lobbyists and special interest groups.”

Proctor didn’t respond to questions about her campaign to LINK nky.

On her campaign website, she is a self-described constitutional conservative seeking to preserve the rights provided to Americans in the constitution.

“The deterioration of those rights in recent years has compelled her to run for Kentucky State Representative, where she is committed to protecting the rights of our Commonwealth’s citizenry,” her website reads.