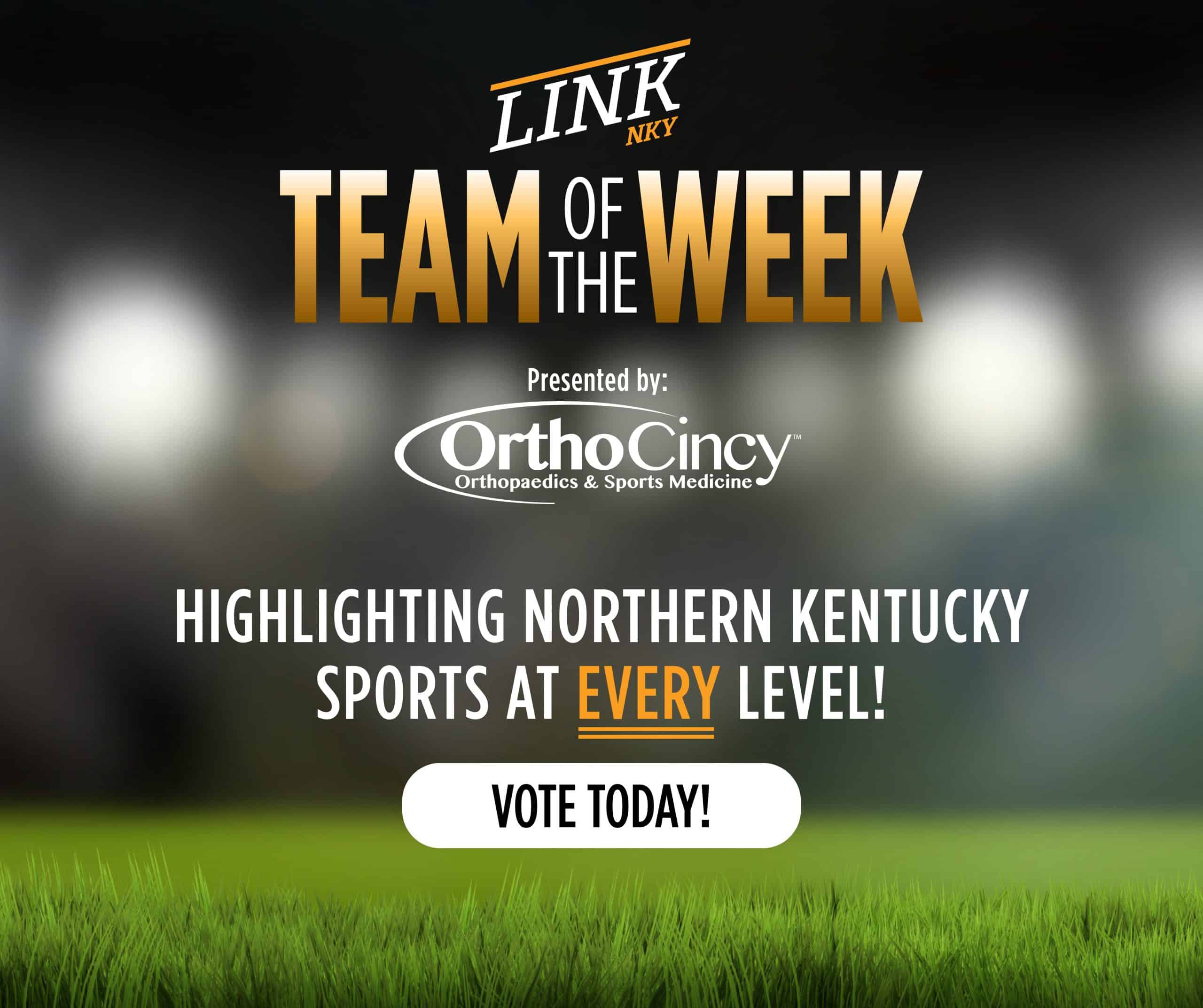 Michael is the chief content officer at LINK nky. Email him at [email protected]

The nominations are in for the next LINK nky Team of the Week competition.

To be the winning team, fan votes play a heavy role, along with consideration from our sports team here at LINK.

Nominations are reader-submitted or recommended by our sports team. Our Team of the Week program honors all local sports at all levels, whether it’s youth- or adult-oriented recreation, high school or college, professional or amateur.

Want to get a jump start on next week’s Team of the Week nominations? Click here to submit.

This week’s nominated teams are listed below with some information provided by the submitter. The poll where you can vote follows at the end of the article.

In the first two rounds of the Kentucky Class 1A football playoffs, Newport Central Catholic has scored a total of 102 points while their opponents have scored just 13.

That offensive dominance propelled the Thoroughbreds to the third round, leaving them as one of three Northern Kentucky teams still standing.

On Friday, the ‘Breds look to move deeper into the postseason at Kentucky Country Day in Louisville.

Lloyd has won four straight games, including two romps in the Kentucky Class 2A playoffs. The Juggernauts are running up the scoreboard and keeping opponents’ totals low, and are one of just three Northern Kentucky teams left standing after two rounds of the post-season.

Can Lloyd keep the season running? They host Breathitt County in Erlanger on Friday.

Related:  Brossart drops opener in All "A" Classic

The Tigers have just one blemish on their record this season, a 31-14 loss at Covington Catholic. But other than that – and even without star Mitchell Berger, lost to injury a few weeks ago – Beechwood has been dominant.

And the Tigers are now one of just three Northern Kentucky teams still standing after two rounds of football playoffs.

In Class 2A action, Beechwood looks to continue its road to the state finals when Shelby Valley visits Ft. Mitchell on Friday.

The Saints ended the season last weekend with a losing record at 5-6.

But despite a less than ideal pair of numbers in the win-loss columns, Thomas More finished in style. The Saints dominated University of the Cumberlands, 43-10, and quarterback Blaine Espinosa tied a program record with five passing touchdowns, throwing for 254 yards and running for 23 and a touchdown.

Here is the poll to vote: