Father, son inducted into NKY Sports Hall of Fame: ‘The best part about this is I get to do it with my son’ 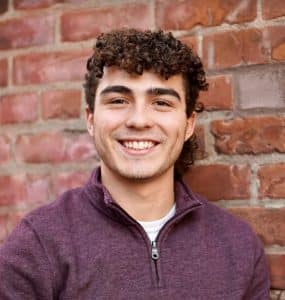 9th Region All “A” boys preview: Will Holy Cross defend the title?

Nick Benge said he was shocked and appreciative but was more excited to see his father experience it than himself. Harvey Benge never coached Nick, but he taught him from a young age that sports were going to be a major part of his life.

“We were just a sports family,” Nick Benge said. “That’s what we did.”

But if you were to Google Harvey or Nick Benge, the screen wouldn’t be headlined with accolades the two won over the years.

“That’s what is so amazing about all this,” Harvey Benge said.

Neither were prominent or well-known athletes in their youth, but over the years both have invested countless hours into sports all over Northern Kentucky.

Nick described the satisfaction of finding out as both shocking and incredible.

“If you would’ve told me both of us were going to be inducted into the Hall of Fame, I would’ve thought you were crazy,” Nick Benge said.

Neither of the men were multi-state championship-winning head coaches or winners of prestigious coaching awards. But every year, all year round, they kept investing their time into sports. Whether it was Harvey, who helped start the Bellevue youth football program, or Nick, who coached regional winning tennis teams, they both impacted Northern Kentucky sports in a quiet but monumental way.

“Sports have brought many wins and heartbreaks but I will never forget how rewarding sports are,” Harvey Benge said.

But Nick said the biggest victory will be seeing his father, who doesn’t get to enjoy moments like these every day because of his age, be inducted into the Hall of Fame.

“You know I am still playing sports year-round and am still experiencing sports moments because I still coach and play whereas my father because of his age experiences sports moments through his family but this moment is his,” he said.

The two were surrounded by their family at the ceremony which Nick said was important.

“As you get older, moments like these are harder to come by,” Nick said.

“The best part about this is I get to do it with my son,” Harvey Benge said.

The other three inductees are David Chalk, Mike Tussey, and Kelley Baugh.

Share
Facebook
Twitter
Linkedin
Email
Print
Previous articleDo you have a turkey in your freezer? It may be time to take it out
Next articleNKU announces President Ashish Vaidya’s departure: ‘A very logical time to do it’