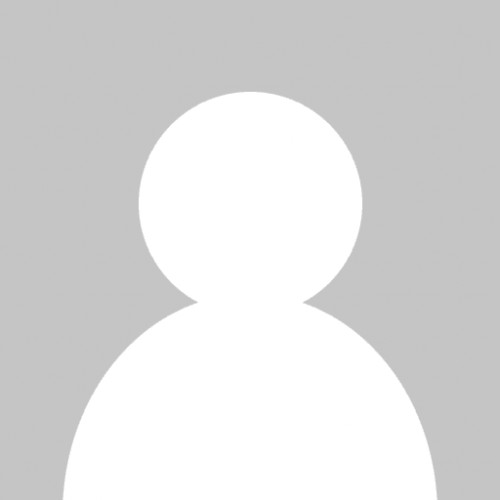 The conversations were a continuation of exchanges that took place during the council meeting on Jan. 3, in which several local residents expressed opposition to Grand Communities’ request to extend their approval to build 238 housing units in the hills above 3 Mile Road. The plans included two development stages and their approval had expired in August.

The meeting was seemingly less crowded than the previous council session, even though it had been moved into the basement of the city building to accommodate the public. Small groups of people sat throughout the rows of folding chairs in the audience section while the council, mayor and city administrator sat behind folding tables at the front of the room.

City Administrator Terry Vance spoke first after mayor Valerie Jones’ welcoming comments. He gave a brief history of the development plans and emphasized that the plans met all legal standards. He also stated that, generally speaking, if development plans met all standards set out by local ordinance, then the city is “obligated to approve that [plan]; we don’t have a choice.”

After his summary, he yielded the floor to the city council. Some council members had questions for Fischer, and others said they had had their inquiries addressed in meetings with the city administrator prior to the council meeting. So, Jones invited the residents to speak. Each speaker from the public was given three minutes to share their concerns and questions.

The first member of the public to speak was Darlene Spicer, who is resident of Bentwood Hills, which is near where the proposed development would take place. Her first concern, indeed a concern among many residents, was slippage in the hills above her home.

“Last year in May, we had to have the trenches behind the garages cleaned out. It cost us, the HOA, $4,021, and it took them two days,” Spicer said. “And this is without any disturbance of the ground up there.”

Land slides and slippages are an ongoing problem in the Northern Kentucky region. What’s more, the Kentucky Geological Survey has mapped several landslides in the Wilder area.

“We have a hard time now getting out on Moock Road,” she said. “You can turn left if there’s a back up from 471. Everybody comes on Moock Road.”

When Spicer had finished her piece, Charlotte Gressett, who is also a resident of Bentwood, took the floor. She shared Spicer’s concern about landslides and even read from a 2006 study by Northern Kentucky University and the Kentucky Geological Survey. The lines from the documentation she quoted are as follows:

The greater Cincinnati area of northern Kentucky and southwestern Ohio has long been recognized as a region of unstable slopes. It is reported that landslides have been mentioned occurring as far back as 1850. As the metropolitan region has expanded onto the unstable slopes, landslides have become an increasingly significant problem that impacts the welfare of the citizens and the economic development of the community…

These factors, when accentuated by periods of heavy precipitation along with the ever present demand for hillside development, have combined to create an environment that is highly susceptible to slope instability. As a result, landslides have a significant social and economic impact on the northern Kentucky – southwestern Ohio region and the costs of landslide prevention and remediation in this area reportedly are among the highest in the nation.

Gressett then described the measures she was forced to take to protect herself from geological slippage, including a foundation reinforcement project on her property she said cost her $28,000. She also said that other residents of Bentwood Hills had reported flooding and foundation problems.

“I have three questions,” she said. “What environmental impact studies have been done to ensure that development on the hill between Moock Road and 3 Mile does not impact current residents along those two roads and in Bentwood Hills?”

She continued, “And what recourse, if any, do residents have when damage does occur to their properties as a result of this development? The third question: what guarantee can Fisher give to current residents that damage will not occur?”

Garrett Scotty, the next resident to speak, reiterated fears about geological problems and wondered what mechanisms were available, such as insurance or a bond either from the city of Wilder or Fischer Homes to mitigate damage to existing properties if something catastrophic did occur.

The last resident to speak was Jeff Mohles. In addition to questions about the development’s potential profitability, he wanted to know what specific measures would be put in place to mitigate traffic.

Jason Wisniewski, vice president of Planning and Entitlements for Grand Communities, then approached the microphone to address everyone’s questions.

He responded to the question of flooding first, stating that there was a natural buffer of trees between the properties in Bentwood and Fischer’s development. He also referenced a detention basin for catching excess stormwater they plan to build. Then he emphasized that Grand Communities “did what we were supposed to do, ran it past the people who would review those things for you,” he said.

“Erosion control, sediment control; all of those things are going to be installed and then enforced not just by Fischer but by municipal officials,” Wisniewski said.

He then addressed the issue of traffic. He stated that traffic studies were not required for approval of the first phase of the building plan, which allows for 238 housing units.

Next, he spoke about environmental concerns and geological concerns. He said that the study from which Gressett had read was overly general, that it focused on the region as a whole, and that their own investigations of the specific building site suggested that the soil was capable of handling the development.

As far as recourse to the residents in the event of a disaster, Wisniewski stated that there were currently no agreements between Fischer and the city that would allow for recourse beyond “direct legal channels.”

Lastly, he added that profitability of the development depended largely on market forces and that inflation had impeded Fischer’s ambitions for a much larger development between Wilder and Southgate. He concluded that Fischer still believed that the 238 units could still be profitable, otherwise they wouldn’t be asking for an extension.

Council members then posed questions to Wisniewski. Most of the questions had to do with construction timelines and methods. Councilwoman Kelly Meiser reiterated the question of liability in the event of injuries or property damage.

“I work for an insurance company,” Meiser said. “If there’s movement of earth, if there should be a landslide, and that injures [someone] or moves somebody’s house in Bentwood; you don’t think that Fischer Homes has any liability?”

At the end of the questioning, a motion to extend Grand Communities’ approval to develop the housing units passed with a unanimous vote.

Wisniewski predicted that construction on the housing units would likely begin by the end of this year and that completion of the project would take anywhere from five to seven years depending on market conditions.