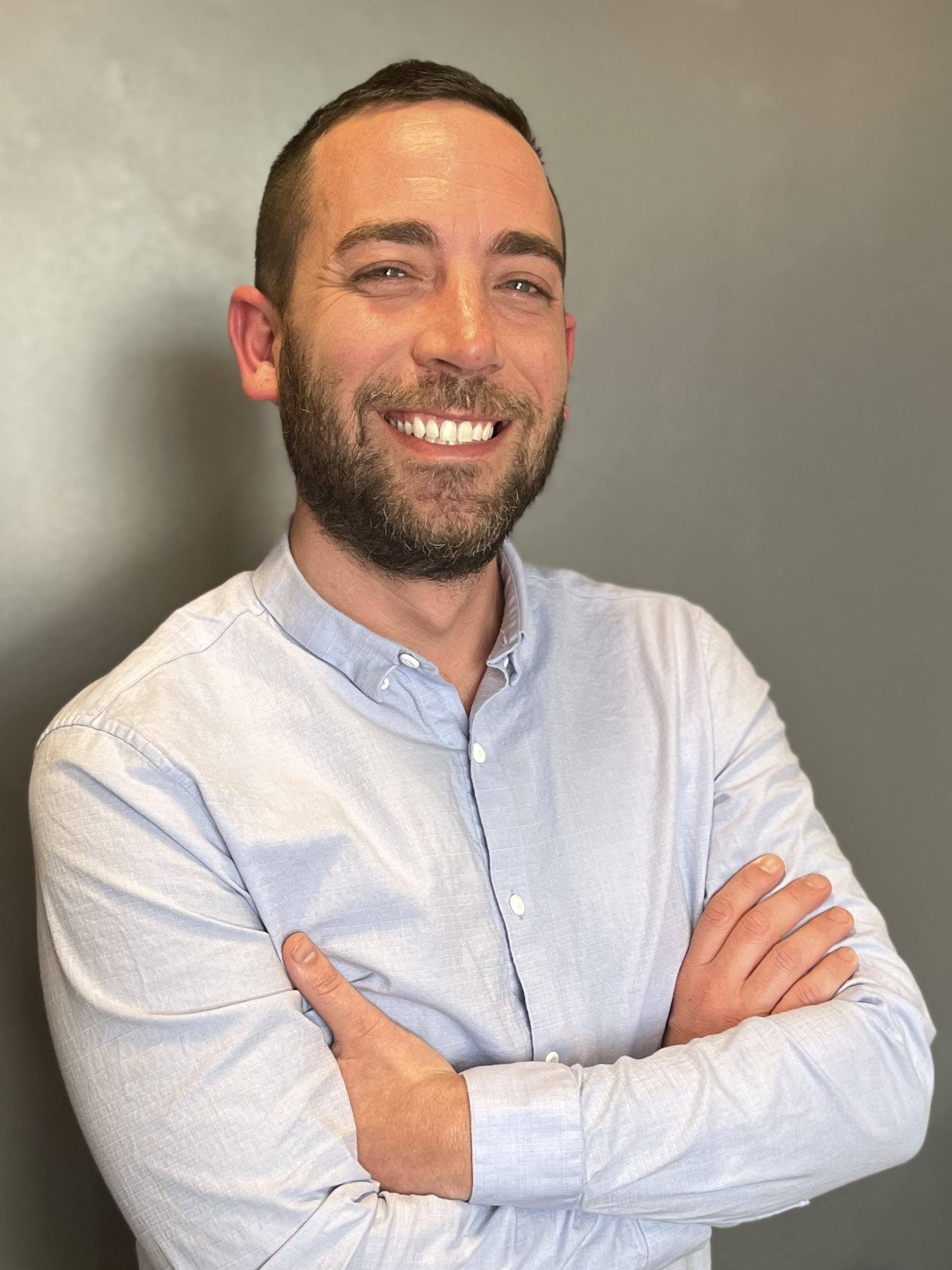 City of Newport approves $660 million in bonds for Ovation project 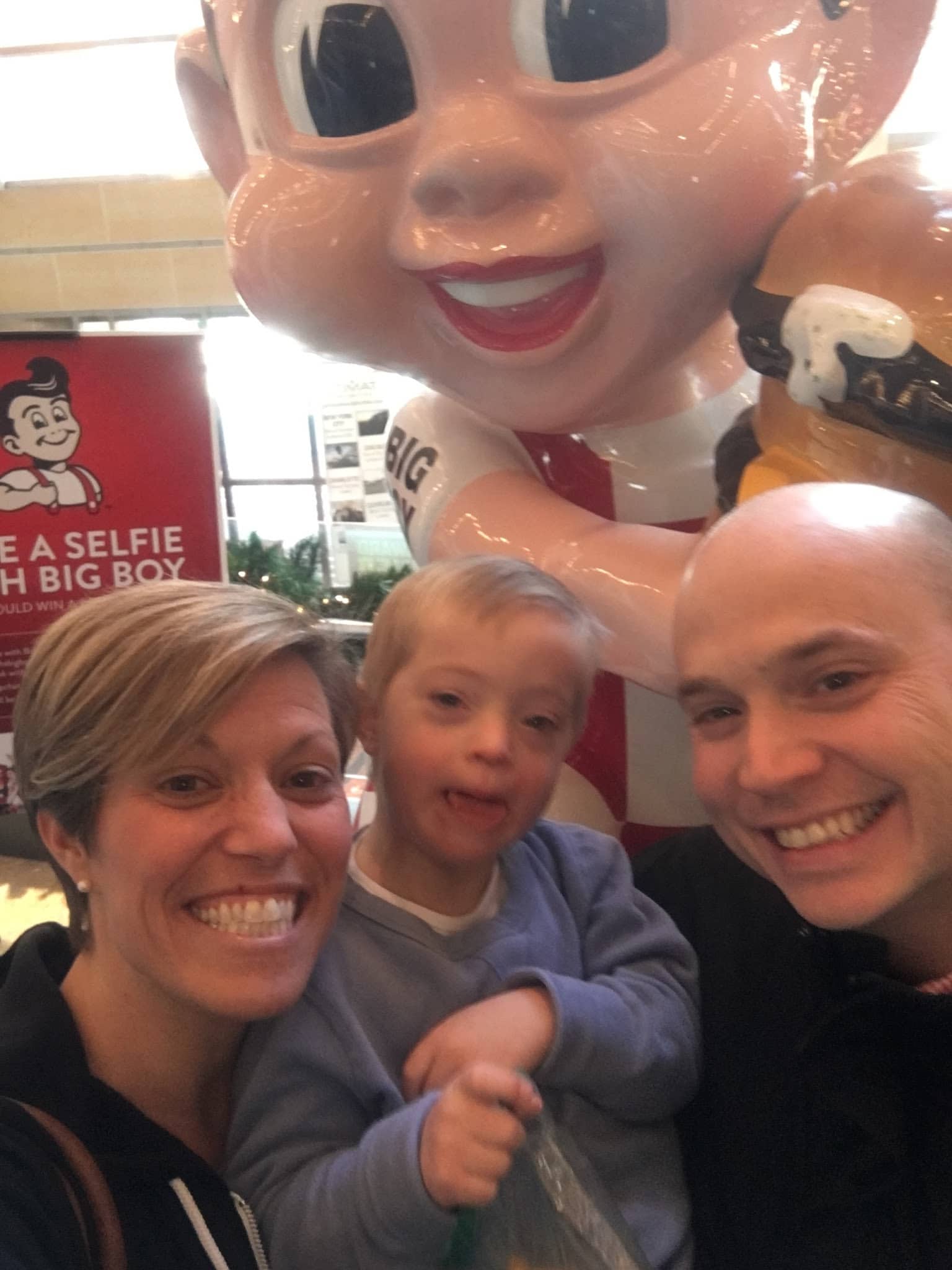 The Cincinnati Ballet just finished 12 grueling performances in eight days at The Aronoff Center for the Arts, but the viral reach of the show’s breakout stars, seven-year-old, Jack Barlow continues to reverberate throughout the nation.

Jack made dance history during this season’s rendition of The Nutcracker by becoming the first child with Down syndrome to be included in a major ballet production.

“We think he may be the third person with Down syndrome to be included in a major production by a ballet company and we think he is the first child. So it’s big news,” said Jack’s mother, Ashley.

“Hurricane Jack’s” has been involved with the ballet for four seasons. 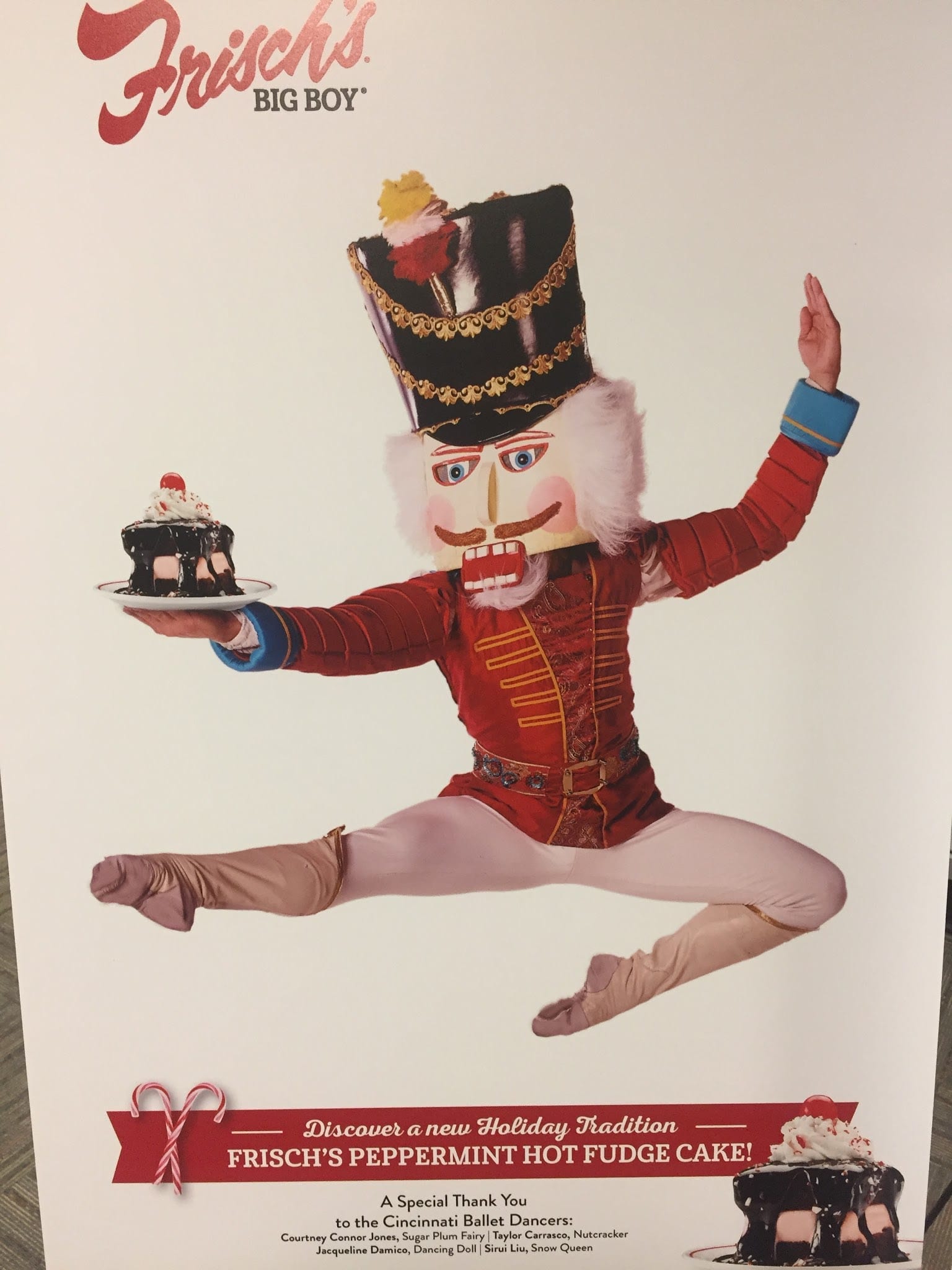 “There is a Cincinnati Ballet instructor to support the physical therapist and a physical therapy student from Children’s Hospital. So he has done this since its inception,” said Ashley. “The purpose is to foster dance across abilities. They hope that Jack’s inclusion in The Nutcracker is a step for inclusion for their inclusionary work with the ballet. That class is amazing.”

So while Jack’s story of inclusion has made national waves and put the Cincinnati Ballet in the national spotlight, another community partner has also had its rich history with the ballet indirectly elevated.

Frisch’s has been the primary sponsor of “The Nutcracker” since its very first performance in 1974 and is one of the longest-lasting examples of corporate sponsorship in American arts history.

As part of that partnership, Frisch’s worked with members of the Cincinnati Ballet to launch Frisch’s first-ever holiday edition of its best-selling dessert.

Related:  Op-Ed: Should my student get an associate’s degree in high school?

The Peppermint Hot Fudge Cake ($3.29) is available for a limited time (until Feb.7) and is the first time since this original dessert debuted in restaurants in 1970 that it has been offered in another flavor. The original fudge cake also still available at restaurants. 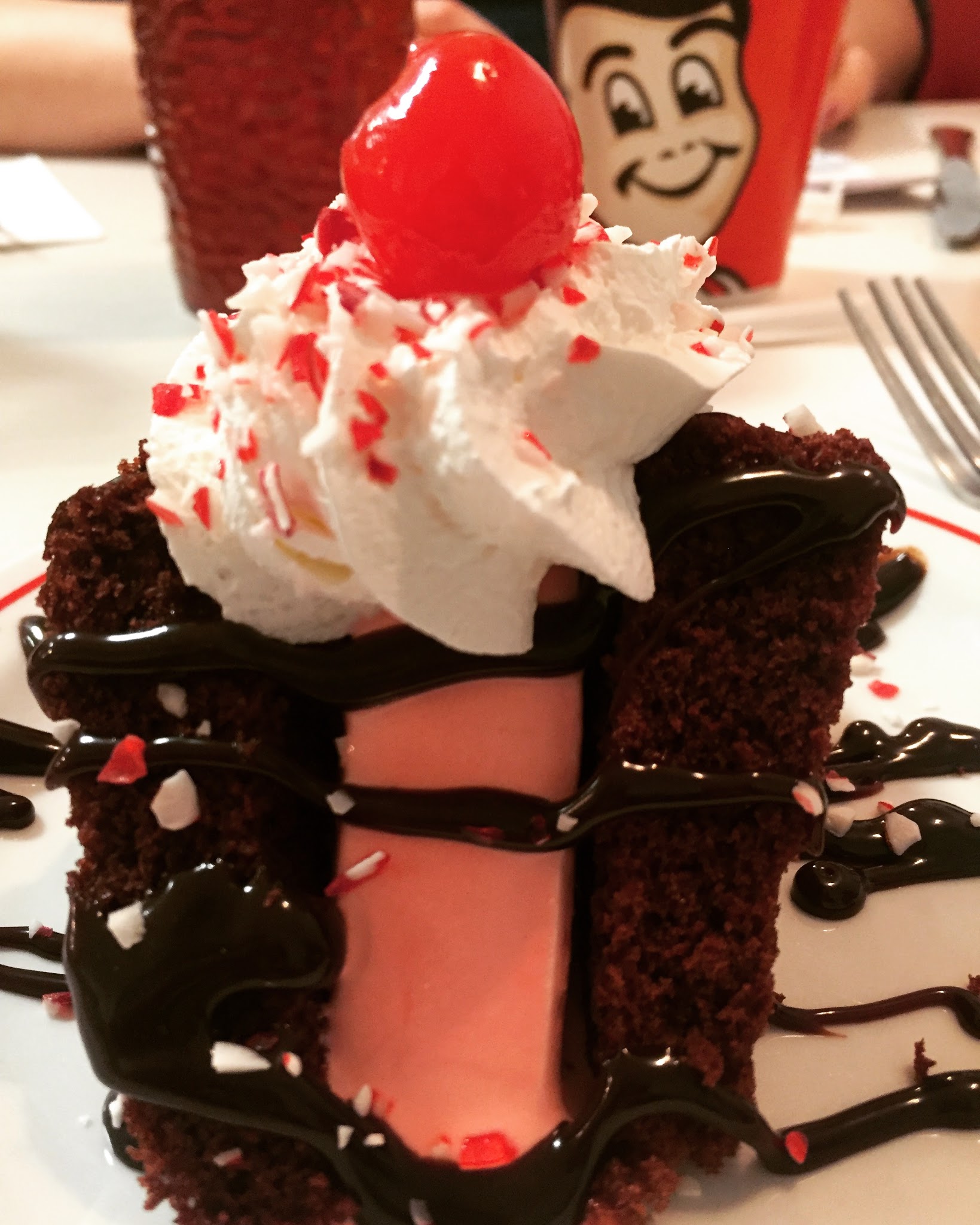 If you like the hot fudge cake, you’re going to like the Peppermint Hot Fudge Cake. Warm chocolate cake with hot fudge, with a cool block of ice cream sandwiched in between and candy cane shavings sprinkled on top. Frisch’s vendors have created the peppermint ice cream specifically for Big Boy.

They also have five dinners starting at $7.99 featuring your choice of Chicken Fried Steak, Chicken Fried Chicken, Meat Loaf, Roast Beef and Carved Turkey served with mashed potatoes, gravy and green beans. The green beans were the standout to me because, well, bacon.

I had a little taste of them all and they were all really good. Frisch’s Director of Research and Development, Greg Grisanti, was on hand at the newly remodeled Covington location on 5th Street. I still miss Fort Thomas Frisch’s, though. 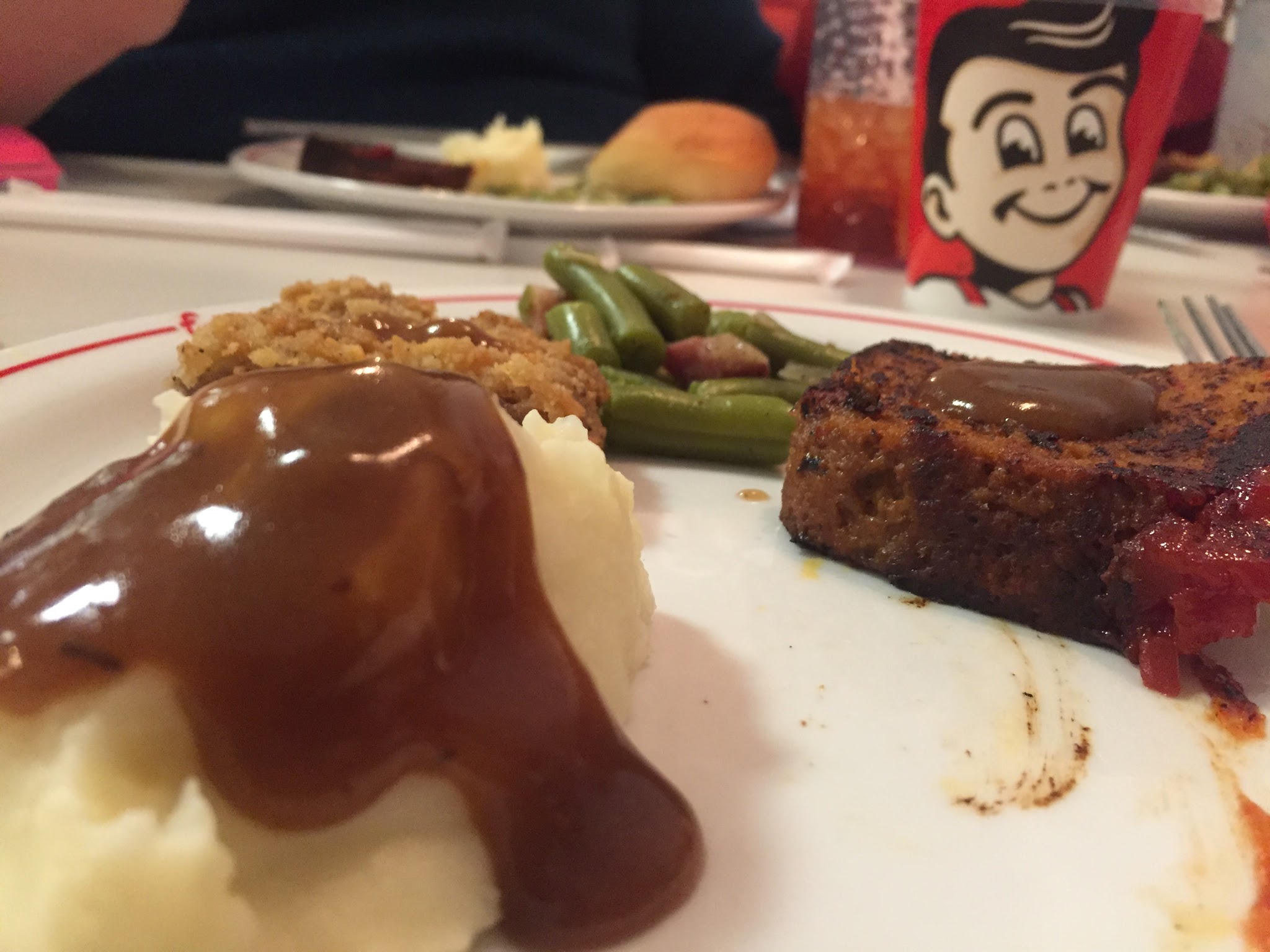 This is a sponsored post written by me on behalf of Frisch’s Big Boy. All opinions are my own.

Op-Ed: Should my student get an associate’s degree in high school?

Boone board of education hears from opponents, supporters of LGBTQ-related books, issues