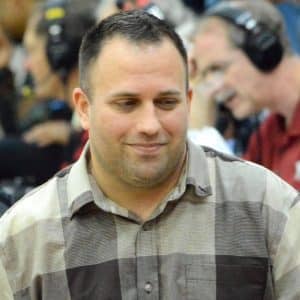 The points were put up in bunches.

It was an impressive feat for Jacob Meyer, the Holy Cross standout who ended up leading the nation in scoring for the 2021-22 season with 38.2 points per game.

But come late July, Meyer was headed south for prep school, aiming to finish out his high school career at The Skill Factory in Atlanta to prepare for the next level, Meyer currently holds 10 Division I offers. Meyer spent a couple months at The Skill Factory, but then realized home is where the heart is. Meyer returned back to Holy Cross in October.

“I love to be back at Holy Cross. I just love this place, it’s like a family around here and I love my teammates. I love the coaches, which definitely makes me happy to come back here again,” Meyer said. “The winning culture Casey (Sorrell) realized coming here. It definitely made me come back because it’s my senior year and I feel like I have something to accomplish. I think this team is capable of winning a championship.”

Meyer, his teammates and his coaches feel he’s come back with a changed mindset and that makes for an even more dangerous Holy Cross team that’s senior-heavy and experienced.

Meyer has no regrets in his decision to leave.

“I went there and it taught me a lot. Made me more of an overall player, all-around player. I’d say it definitely gave me more leadership skills,” Meyer said.

It’s not necessarily about the points anymore, Meyer wants to be the guy that makes his teammates better. If he can accomplish that, not only can the Indians be playing at EKU again for the All “A” state tournament, but at Rupp Arena in Lexington for the state tournament.

“Those are daily conversations with him. Everybody in the country knows he can score. He led the country. Now it’s a matter of giving people no doubts about the areas that they might doubt him. Will he guard? Can he pass and get others involved? The other night he had 33 points, 14 rebounds and seven assists. We’d rather see those types of nights this year. We’d rather see him as a triple-double guy,” Indians coach Casey Sorrell said. “He’s set all kinds of records. His name will go down in history as one of the best to ever play here and one of the best to ever play in Northern Kentucky in the 9th region. But what he wants to have with that is wins and championships and that’s what he’s after right now. And I think he understands now that this is the last go around, try and go do that.”

Meyer has the talent around him. Senior guard Javier Ward was his running mate in the backcourt last season and averaged 17.4 points per game, forming one of the most dangerous backcourts not only in the region but across the state. While Ward’s scoring is nice and an added bonus, he knows where one of his most valuable traits is.

“Pressuring the basketball,” Ward said. “It’s important because it gets us stops and pushes teams to go faster because we want to play faster. If we can get a turnover or make them take bad shots it leads to open points for us on the other end.”

Defense has been the theme early on for the Indians. They know in order to obtain their goals, they’ll have to be better on that side of the court, allowing nearly 70 points per game last season.

“I think we’re a lot different from last year, where teams got to us was our defense and sometimes giving up and I think we’ve really picked it up this year,” Gibson said.

The team got another nice surprise when Matthew Dreas decided he was going to play for his senior season. Dreas is a standout soccer player, on FC Cincinnati’s professional development team. His speed along with Jacob Smith, who also returned after sitting out last season, gives the Indians plenty of speed and quickness to go with Gibson down low.

The Indians are off to a strong start, 3-0 with wins over Atherton, Ryle and John Hardin. Their toughest test yet comes calling on Friday when they play Great Crossing on their home floor in the semifinals of the Billy Hicks Classic. They win that, and then they head to Saturday’s championship game against either Scott County or Frederick Douglass.

But Tuesday will tell how far they’ve come, taking on reigning 9th Region champ Covington Catholic in Park Hills in a 35th District matchup. It’s a team that beat them by 42 and 39 in the two matchups last season.

Sorrell, now in his second season with the Indians, is all too familiar with their district mates, an assistant on Scott Ruthsatz’s Covington Catholic staff for four years in which the Colonels won three 9th Region titles and a state title in 2018.

Sorrell feels these challenges early on will only make them better when it matters most come March.

“You got to be battle tested. The end goal is March. You know winning games is a great thing, but to be where you want to be in March, you got to play these tough games. If we lose those games and weaknesses get exposed, how do we learn from them? Maybe it is a loss, but what we learn from it prepares us for March. That’s really our end goal, to be the best team we can be in March,” Sorrell said.

More solid tests follow including opening with Lyon County in the White Greer and Maggard Holiday Classic at Lexington Catholic on Dec. 27. That matchup features Meyer, the nation’s leading scorer last season with potentially the most prolific scorer in KHSAA history as Lyons junior Travis Perry is on pace to break the Kentucky all-time scoring mark by “King” Kelly ” Coleman.

After the holiday tournament in Lexington, the Indians will then look to defend their 9th Region All “A” Classic title, another tournament that will give them good tests, but will have an easier path this season after having to run the gauntlet last year in defeating Beechwood, St. Henry and Newport Central Catholic. The All “A” tournament begins Jan. 10.

With six seniors, an elite guard in Meyer and a team that believes, the Indians are very much a threat to win the 9th.