Op-Ed: Cancel student debt and recommit to education as a public good

Op-eds are submitted by the author(s) and do not necessarily reflect the opinion(s) of LINK Media. 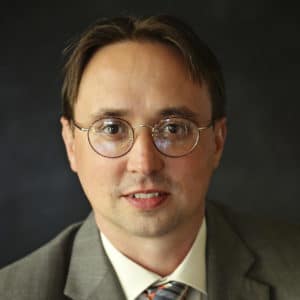 The following op-ed is written by Jason Bailey, executive director of the Kentucky Center for Economic Policy

President Biden’s recent statements that he will cancel some student loan debt is hopeful news for the 616,000 Kentuckians who owe it, our communities and economy. It will also be a chance to begin fixing a broken and unsustainable system and recommit to education as a public good that benefits us all.

Student loan debt, which exceeds $1.6 trillion nationally and $20.5 billion in Kentucky, is a spiraling problem decades in the making. Josh Mitchell’s recent book The Debt Trap: How Student Loans Became a National Catastrophe recounts how we got here through the financial motives of powerful interests and misguided assumptions about the purpose and benefits of education.

The story begins with the admirable aim of expanding access to college in the 1960s. But in the debate at the time over whether higher education was primarily a public good or an individual responsibility, the latter won out. Congress made the pivotal decision to finance college primarily with loans rather than grants.

Banks and other private lenders got involved and lobbied to create a system that gave them huge profits with full federal financial backing and little governmental oversight. Since students could rely on easy access to loans, universities increased tuition substantially. Predatory for-profit colleges also entered the scene, using heavy marketing budgets to channel students into programs of questionable value and low completion rates. And lenders successfully lobbied to continually expand the loan programs and make student debt nearly impossible to eliminate through bankruptcy.

States like Kentucky then pulled back on funding universities and community colleges through public dollars, using the money instead for tax cuts to corporations and the wealthy and letting loan debt fill the gap. In Kentucky, the legislature has cut state funding for higher education by 1/3 just since 2008. And as public dollars provided a shrinking share of their budgets, universities became increasingly unmoored from their public missions and began acting more like corporations — with the salaries at the top to reflect it.

Also spurring these trends was the widely shared canard that education was the answer to all our economic problems ranging from poverty to stagnant wages to disappearing union jobs. If the problem of bad jobs was a “skills gap,” it could be solved if workers just got more and better credentials. The debt would be worth it.

Those claims have now been shattered by decades of real-world experience. In Kentucky the share of adults with at least a four-year degree rose from 11% in 1980 to 24% today, but median wages have not improved over that time. Resulting frustration is why some of the workers now involved in unionizing their workplaces at companies like Starbucks and Amazon have college degrees. The problem was always a lack of worker power, not a lack of education.

The state of the student loan debt problem today is staggering. Since 1964 tuition has increased an inflation-adjusted 376% at the University of Louisville, for example. As a Kentucky Center for Economic Policy report shows, nearly 1 in 5 adult Kentuckians now owe student loan debt. These borrowers aren’t all young people — about 20,000 Kentuckians with an average debt of $38,000 are at or near retirement age. Black students in Kentucky are more likely to have student debt due to lower family wealth caused by discrimination, and many of the Kentuckians with debt lack a degree — in no small part because they cannot afford to continue.

If President Biden were to eliminate $18,000 in loans, it would entirely wipe out the debt of half of Kentucky borrowers. If he were to eliminate $40,000 in debt, 75% or 462,000 Kentucky borrowers would have their loans eliminated. Such assistance would be transformational to those affected, and will benefit the whole economy as that debt no longer hinders families’ ability to start a business, buy a home, save for retirement and more.

Knowing how popular it will be, opponents are outraged at the idea of student debt cancellation and are grasping at straws. One argument says it wouldn’t be fair to all the people who have already paid off their student debt. That’s as silly as saying we should never have created Head Start in the 1960s because it isn’t fair to the kids that couldn’t go to preschool before then. Progress is good!

Student debt cancellation isn’t the only thing we need to do to help people financially (for that, a good place to start is for Congress to stop blocking the Build Back Better Act, which addresses family costs in a myriad of ways). But it’s on the table because of a unique law that gives the President the authority to cancel student debt through the Department of Education without congressional action.

Periodic forgiveness of debts is a tradition as old as the jubilees declared in the Bible. Then it was seen as a sacred declaration and a way for a whole people to start anew. Given the sordid history of student loans, the economic drag of this debt, and the importance of education to our democracy, it’s time for sweeping action on this issue.

Inside LINK: Why didn’t I get my LINK Reader?