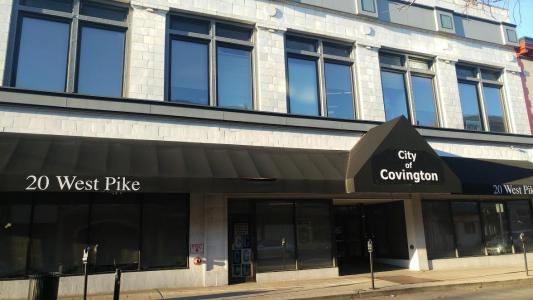 A former administrative manager for the Covington Public Works Department has been indicted by a federal grand jury on four counts of wire fraud and three counts of aggravated identity theft.

Allison Donaldson, 49, was employed as an administrative manager for the Public Works Department from 2005 until 2022. She resigned after an internal investigation revealed she allegedly made “irregular” credit card purchases. The indictment alleges that Donaldson had access to credit card information for the department as an administrative manager.

The indictment further alleges that Donaldson had knowingly defrauded the City of Covington from February 2020 continuing until February 2022 by using employee credit cards where she made $150,000 of purchases for herself and her home.

The indictment includes a list of purchases Donaldson made, including repairs for a Mercedes Benz, Crate & Barrel furniture, and designer counter tools.

After her March resignation, Covington Mayor Joe Meyer described her actions as “appalling.”

“I value public trust as a sacred responsibility of all of us,” Meyer said at the March 8 Board of Commissioners meeting. “This situation is a major setback. The public is less likely to believe us when employees steal taxpayer dollars, no matter how small.”

Related:  BLINK is coming to NKY: Here's what to know

The investigation preceding the indictments was conducted by the FBI, the Kentucky Attorney General’s Department of Criminal Investigation, and the Kenton County Police Department.  The case is being prosecuted by Assistant U.S. Attorney Kyle Winslow.

Donaldson is scheduled to appear in court on September 29 at 2 p.m. She faces up to 20 years on each count of wire fraud; up to two years, to run consecutively, on each count of aggravated identity theft; and faces judgments for restitution and forfeiture of the property attained through the fraud.

The indictment comes nine years after the City of Covington saw its former finance director, Bob Due, charged and later convicted after stealing approximately $800,000 from the city coffers over a number of years. He later served four years in prison after receiving a ten-year sentence.