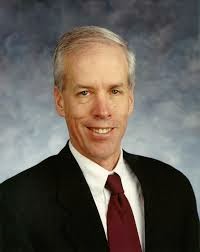 State Rep. Joseph Fischer (R-Ft. Thomas), a candidate for Kentucky’s Supreme Court in the Sixth District, is running a partisan judicial race that goes against the rules for judicial races in the Kentucky Constitution.

That’s according to the Kentucky Judicial Campaign Conduct Committee which called out Fischer in an Aug. 10 letter expressing concern over his campaign materials he’s using to run for a Kentucky Supreme Court seat.

The committee says Fischer, of Fort Thomas, is running a partisan race.

“When judicial candidates emphasize their affiliation with a political party, they erode long-held American principles of judicial independence and fairness,” the letter reads.

The committee is a nonpartisan group created to monitor the judiciary’s integrity in Kentucky judicial elections. Chair Anthony Wilhoit and the 12-member group penned the letter, and said the group is concerned that judicial elections are becoming too partisan, particularly Fischer’s race against current Kentucky Supreme Court Judge Michelle Keller.

“Judges by nature are rule makers and rule followers,” Keller said. “It worries me that anyone would aspire to be a judge to blatantly disregards the long standing rules of the office he or she seeks because that’s what I think is happening.”

“Let me clear. I am a conservative,” Fischer said in a Facebook post. “I am a strict constructionist of the law and Constitution. I have been a registered Republican since I was old enough to vote. This is my political identity and judicial philosophy. Voters are entitled to this information before casting their ballots.”

The committee’s letter argues that Fischer is running an openly partisan campaign and that he branded himself as “the conservative Republican” on his Facebook campaign page and website.

Related:  Colonels win big in Boone but want to talk about their shutout defense

“Why should judicial elections be considered different from other elections? The touchstone of the judiciary is its independence and impartiality,” the committee’s letter reads. “Everyone in a free society should be able to expect their disputes that end up in court to be decided by an impartial tribunal that is not influenced by political affiliations.”

The letter also says “a June 29 post on his campaign Facebook page thanked the Oldham County Republican Party for its ‘generous support;’and that on July 21, the page shared a post by the Republican Party of Kentucky’s 4th District, quoting from a public-radio news story:

“Joe Fischer, a Republican legislator known for his anti-abortion and conservative stances, is taking on nine-year incumbent Supreme Court Justice Michelle Keller in the race,” the post reads. “Fischer of Fort Thomas penned Kentucky’s ‘trigger law,’ which sought to automatically outlaw abortion in the state after the U.S. Supreme Court struck down Roe v. Wade. He also sponsored an amendment to the Kentucky constitution that would ensure no abortion rights are guaranteed in the state’s fundamental document. A former prosecutor and appellate judge, Keller was appointed to the Northern Kentucky Supreme Court district in 2013 by Democratic Gov. Steve Beshear.”

On July 28, another post on the Fischer campaign page shows a comment from Bernard Kunkel, a Boone County Republican, that reads: “Joe Fischer all the way. You must beat the pro-abort Andy Beshear loving Justice Michelle Keller.”

Fischer has been outspoken in his support of banning abortion in Kentucky. He was the primary sponsor on the 2019 fetal heartbeat law that banned abortion in Kentucky after it immediately was triggered upon the fall of Roe v. Wade in June. He also authored Kentucky Constitutional Amendment 2, or the No Right to Abortion in Constitution Amendment, that would remove the right to abortion from Kentucky’s constitution if voters pass it this fall.

In the Kentucky Code of Judicial Conduct it states that a judge shall disqualify himself or herself in if they present impartiality. This includes during their time as a judicial candidate, so if Fischer were elected to the Supreme Court and asked to vote on an abortion law he could be recused.

“The judge, while a judge or a judicial candidate,* has made a public statement, other than in a court proceeding, judicial decision, or opinion, that commits or appears to commit the judge to reach a particular result or rule in a particular way in the proceeding or controversy,” the code reads.

The Kentucky Supreme Court has a rule that says that a judge or candidate for judicial office shall not engage in political or campaign activity, because it is inconsistent with the independence, integrity, or impartiality of the judiciary.

In its official comments on the rule, the Court says, “The role of a judge is different from that of a legislator or executive branch official, even when the judge is subject to public election. Campaigns for judicial office should be conducted differently from campaigns for other offices. . . . Public confidence in the independence and impartiality of the judiciary is eroded if judges or judicial candidates are perceived to be subject to political influence.”

“The Sixth Circuit Court of Appeals ruled in the case of Winter v. Wolnitzek that judicial candidates have a right to tell voters their political affiliation,” Fischer said in a Facebook post.

But, the issue of Fischer running a partisan race is bigger than the letters from the Judicial Campaign Conduct Committee. In April, the Commonwealth of Kentucky Judicial Ethics Committee issued an opinion regarding questions submitted by Fischer as to whether or not he could run a partisan campaign.

Fischer: “Is it permissible if the officials are listed as holding their partisan
office titles?”

Fischer: “May a judicial campaign committee’s advertising include symbols
closely associated with a political party in its advertising (i.e.,
democratic – donkey & republican – elephant)?”

Judicial Ethics Committee Answer: No. Both federal and state case law have held previously that a judicial candidate may “announce” during his or her campaign
his or her membership in a partisan political party. Winter v. Wolnitzek, 834 F.3d 681, 688-689 (6th Cir. 2016); Winter v. Wolnitzek, 482 S.W.3d 768 (Ky. 2016). Nowhere in this case law, however, does it state that a judicial candidate is free to “render hollow” Kentucky’s Constitutional requirement that judicial campaigns be
nonpartisan. KY. CONST. Section 117.”