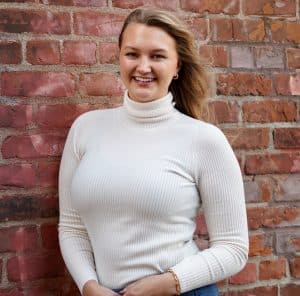 There are currently three seats up for elections on the Boone County Board of Education with six candidates running. Three incumbents are facing three challengers.

Candidates must live within the district they represent and are voted on by that district.

LINK nky asked the candidates some questions about their campaigns ahead of the Nov. 8 elections. Keith Collins, Cindy Young and Karen Strayer have not responded as of the time of publication.

Carolyn Hankins Wolfe is an army veteran and a mother of two children who are currently enrolled in the Boone County school system. After years of experience in corporate human resources, Hankins Wolfe, following the birth of her children, has since become involved in her community, serving in leadership positions at multiple organizations including the R.C. Durr YMCA and the North Pointe Elementary School PTA.

Hankins Wolfe has lived in Boone County since 2007 and in Hebron since 2010, and feels she will be a good fit for the position because she has a “reputation for being a bulldog and unafraid of speaking truth to power and standing up and advocating for our children, teachers and families.”

During her time on the PTA, Hankins Wolfe says she “had a front row seat to the real struggles facing our educators, students and families” which inspired her to run for school board. She says she has “had terrifying glimpses as to what the future of public education could look like if we do not realistically address the issues that are causing these struggles.”

She has five top priorities for the district, including “cutting red tape,” which she says is “preventing our educators from educating and cutting into their free time,” raising compensation for teachers, improving communication between the district and teachers, creating consistency between schools throughout the district and fixing issues with computer-based learning.

Julie Pile has lived in Florence since 2001 and has experience in several industries including everything from oil and gas refining and marketing to higher education to metal stamping to legal, social media and more. Pile is also involved in multiple local organizations including LeadershipNKY and the Rotary Club of Florence.

If elected, this will be Pile’s second term on the Boone County Board of Education, and she plans to continue her work which focuses on creating “more transparency and involve more stakeholders at the table.” As well, Pile says she hopes to “keep the innovation of our district moving forward,” increase communication between the district and parents and create a “standard curriculum across our schools.”

Pile says she is “there for our kids and families” and she will be a good fit on the board because she has “spent countless hours learning about our education system not just in our school district but in others across the country.” She also says she leads by example, taking on leadership roles in school sports as well as being a member of a school carpool.

Funding is the number one issue Pile says is facing the district, she believes funding also helps talent retention “with several recommendations of cuts and restructurings, were able to give our teachers and staff a 4% increase” which she says has helped them keep teachers.

Incumbent Karen Byrd has lived in Boone County since 1986, has served Boone County Schools for 28 years and has had two children go through the district. She spent time as a dental hygienist and currently works at Johnson Investment Counsel.

“I am not a politician; I am a public servant,” says Byrd who claims this keeps her focus on serving the people of her community. She says she has “always been a voice for the voiceless who face multiple barriers and need an advocate” and wants to continue making sure the district always puts the students first in decision making.

Byrd says she considers the biggest issue facing the Boone County school district is improving the academics “every day, in every classroom across the district as a collaborative effort between schools, parents, community and business leaders.” She also wants to focus on “providing a safe and secure environment for each of our schools.”

All-day Kindergarten and expanding the preschool offerings to “reach these children sooner and give them a better foundation for school entry so they are in line with their peers” are priorities for Byrd.

The Frankfort LINK: The Kentucky Supreme Court swears in a new chief justice

Mayor Wilbur continues canine Rabbit Hash tradition: ‘In our elections, anybody can vote’