Why is this educational PAC attacking NKY political candidates? 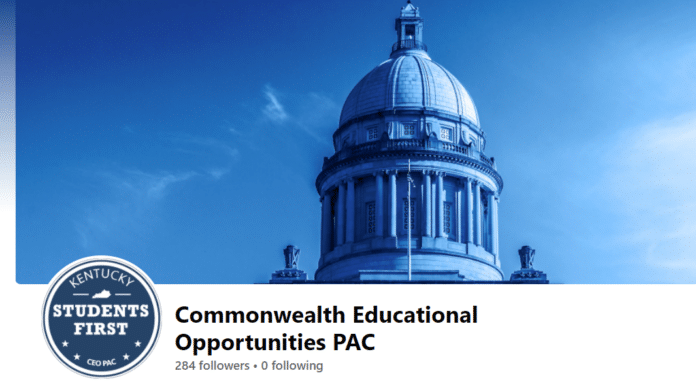 In April, an attack website titled “liberaledmassey.com” appeared that showed Rep. Ed Massey (R-Union) next to Hilary Clinton with a slogan that reads “Ed’s With Her.” The font and colors are consistent with those used by the Democratic National Committee.

Scroll down, and it says that Massey obtained his seat in a “shady 11th-hour switch” in 2018.

“Since then, Ed Massey has developed a voting record that has proven his liberal ideology,” the website reads.

Perhaps, the most egregious part of the attack ad is the video. A cartoon version of Ed Massey plays a game called “Crooked or Conservative,” where Massey is forced to play a game where he can’t correctly choose whether an action taken by the NKY legislator is crooked in conservative.

The website is well produced, as is the video. But, it begs the question: Why would somebody spend this money and attack a state House Representative from Northern Kentucky?

“CEO PAC focused on Ed Massey because he is the only elected Republican in Northern Kentucky who opposes school choice,” said Thomas Davis, the board chair of Commonwealth Educational Opportunities PAC.

Davis, an emergency medicine physician, runs the PAC; it also has two policy advisors. John Garen, a retired BB&T professor of Economics in the Gatton College of Business and Economics at the University of Kentucky; and Gary Houchens, a former social studies teacher, principal, and district administrator – serving in both public and private school settings, who now teach at Western Kentucky University.

The attack ads on Massey zero in on his one-time donation of $250 to Hilary Clinton’s 2008 presidential campaign. They also point out that Massey hasn’t donated money to a Republican race.

“Not only did Ed Massey donate to Hillary Clinton, but there is also no record of him donating to a Republican candidate in the last 20 years for a federal race,” Davis said.

“My campaign has not produced any attack ads,” Rawlings said. “The ads that I have seen concerning my opponent are fair and based factually on his voting history, survey responses, and public stances.”

The attacks stem from Massey’s vote against House Bill 9, the controversial charter school funding bill that would bring a pilot charter school to Northern Kentucky.

“Why does Ed Massey oppose school choice? Because his record clearly indicates he’s not a true conservative,” Davis said.

Massey said that the attacks aren’t accurate, and he’s very much for school choice, despite his vote against the bill.

“I actually am very much for school choice,” Massey said. “In fact, if people knew the community that I live in, we created Ignite Institute, which is a school of choice. It’s a partnership between Boone and Kenton County. It’s very unfortunate that instead of offering to have communication, they’ve just chosen to attack me.”

The PAC also attacked Chris Robinson, a candidate running for Senate in District 24, which is currently occupied by the retiring Wil Schroder (R-Wilder).

“We also drew attention to Chris Robinson’s disingenuous campaign promises,” Davis said. “He originally signed a pledge to champion school choice, including charter schools. Shortly thereafter, he repeatedly made public statements in opposition to school choice despite sending his own children to private schools.”

In the ad against Robinson, he is accused of being willing to say anything to get elected. But Robinson said he was simply questioning the funding matrix for charter schools. He also wants to ensure that other schools don’t lose their funding to charter schools, as if a student leaves a public school, their SEEK funding will follow that student to the new school.

“The only concern that I ever expressed about additional educational opportunities for children was the funding matrix,” Robinson said.

But, as he went along, he started to wonder how to make sure they could protect the small and rural, and independent schools from a funding point. He didn’t know. Then the attack ad comes out that says he answered the questionnaire, which he did. He selected that he liked charter schools and school choice because he believes those things are great.

“I’m not against charter schools. It’s another opportunity for education for our kids,” Robinson said. “But I want to make sure that we take on all the balance of the other kids, and we don’t lift one up and lose another one.”

Since the beginning of April, the PAC has spent $45,845 on direct mailers and digital ads, according to the Kentucky Registry of Election Finance. The main company printing the mailers is 859Print. Crux Consulting and El Toro, LLC are the two main companies producing the digital ads. Michael Breeding Media received $4,500 of that money for video services at the beginning of April.

“CEO PAC plays an important role in getting politicians on the record and holding them to their word,” Davis said. “Voters deserve to know when politicians like Chris Robinson are untrustworthy.”

However, there is no mechanism to determine if a PAC is truthful.