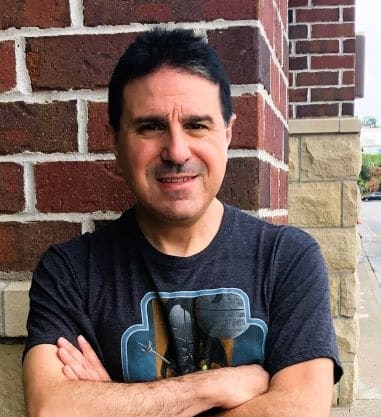 Sweet Tooth Candies has been pleasing palates for 50 Years

Artifact: A gallery, a studio, and a haven for locally made art

Christmas time is coming, and the Village Players of Fort Thomas will present “Holidazed” celebrate the holiday season.

This show, which features nine separate plays, will be directed by Angela Klocke Forbes, who wrote three of them.

“This show is unique to Village Players,” Forbes said. “They will do five shows, rated G, family-friendly. Then an intermission. Then the remaining four have some adult language and themes.”

Forbes, who grew up in Fort Thomas and participated in theater during her high school years, is not just the director; she is also the president of Village Players of Fort Thomas.

The plays that make up Holidazed are written entirely by local writers.

What Doesn’t Kill Us by Roger Collins is the eighth play. Fred Murrell plays Greg, and Megan Schultheis plays Nancy.

“This time of year can be pretty hectic, and so I think sometimes people are hesitant to make plans to come to a show or do something extra. But this show, it’s mostly comedies. It’s a very upbeat, overall show and most of them are world premieres,” Forbes said. “So, you’re not going to get this anywhere else. It’s happening here in Fort Thomas, and we’re pretty proud of it.”

Tickets cost $20 each. Seating is first come, first serve. The theater opens half an hour before the show. There are concessions and a donation box.

Share
Facebook
Twitter
Linkedin
Email
Print
Previous articleThe best around: Covington Latin School recognized as one of the Best Schools in America for 2023
Next articleNKU’s roller-coaster season on the downside in Florida tourney

Tired of being inside with the family? Here’s fun activities this weekend around NKY