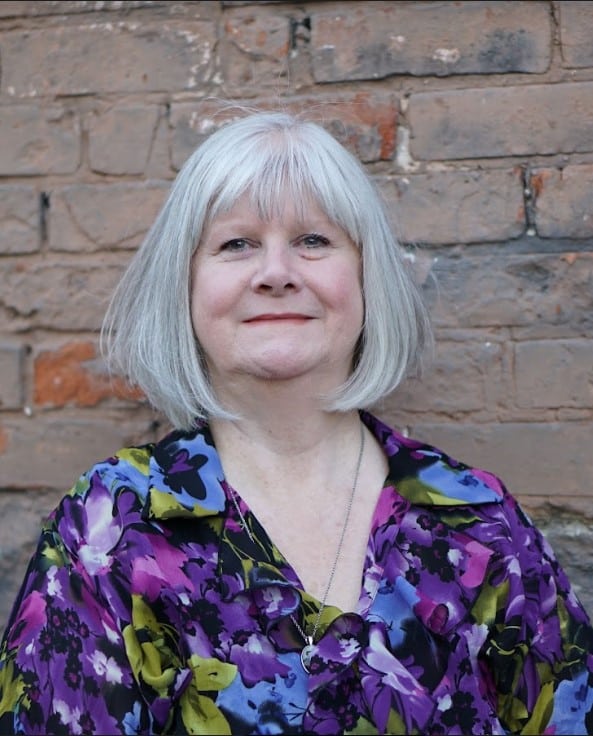 AG Cameron stops in Crescent Springs in his bid for governor

The Fotofocus Biennial is a month-long celebration of photography and what organizers call “lens-based” art across our region. A project of the Cincinnati-based nonprofit Fotofocus, the Biennial has included Northern Kentucky venues from its start in 2012.

The event runs through the end of October, although some exhibits will remain at venues beyond this month. This year’s theme is World Record and touches broadly on photography’s role in recording life’s moments, human interactions and their impact on the world, and the choices we make as we move forward in the global community.

“With every biennial we have a theme,” said Biennial Director Katherine Siegwarth. “This year is World Record, which is a really broad concept, but we do that purposefully to allow all these participating venues to present their own ideas. The real joy of the Biennial is the fact that it’s an opportunity for all of these voices, all these different perspectives to be heard and seen by the greater community.”

This year, the Fotofocus Biennial includes 101 projects at 90 venues, Siegwarth said. More than 600 artists’ work is featured at galleries, museums and other organizations, not only in Cincinnati and Northern Kentucky, but also in Dayton, Ohio and Columbus, Ohio.

In Kentucky, Fotofocus’ aim is to complement and not compete with the Louisville Photography Biennial, which happens in opposite years, Siegwarth said. Six venues in Northern Kentucky are part of the Biennial this year.

“Those numbers are pretty comparable to what we have in Dayton and Columbus,” Siegwarth said.

With that said, the exhibits underway in Northern Kentucky offer visitors an expansive and often deeply personal view of our community and culture.

The Carnegie: “These Things Are Connected”

The Carnegie exhibit, “These Things are Connected,” brings artists and guest curators together to explore connections on many different levels and interpretations. Five curators, from a range of backgrounds, each chose two artists to pair up for the exhibit.

“This exhibition is a continuation of ideas we’ve been exploring with bringing in guest curators,” Exhibition Director Matt Distel said. “The overall philosophy that we have adopted at The Carnegie is that one of the things that really helps support artists in our area is to introduce them to other folks who can offer them other types of opportunities.”

Distel is joined by guest curators from Columbus, Minneapolis and Atlanta, as well as one who has galleries in both Athens, Georgia, and New York City but who comes by way of Los Angeles. Each curator selected two artists, at least one of these from an area near The Carnegie.

Each artist pairing has its own section within the building. How the curators selected and put together the pairings was completely up to them.

“That is also how we selected the title for the exhibition – These Things Are Connected — We are making these connections, not necessarily looking at the same thematic exhibition,” he said. “We didn’t all have the same philosophies when we made our artist choices. I allowed that to be very open.”

The variety of approaches led to the discovery, said Distel.

“It became a varied type of exhibition, intentionally so, because we just wanted to get the work together in the building and see what connections are made as we traveled through the building,” Distel said.

The Carnegie is located at 1028 Scott St. in Covington.

NKU School of the Arts: “This is Kentucky Past, Present, Future”

Northern Kentucky University’s offering this year takes a deep and encompassing dive into our state of Kentucky. “This is Kentucky, Past, Present and Future” in NKU’s School of the Arts Gallery combines two projects, both looking at the people and culture of Kentucky over time.

Director of the NKU School of the Arts Matt Albritton said he had a great time putting the exhibit together.

“It’s really interesting, engaging with two big projects that are happening across the state right now,” Albritton said. “One is more grand, covering all the counties across the commonwealth, while the other is more focused on Cynthiana, Kentucky, one particular area and a deeper dive. And both projects cite the Farm Security Administration work as their inspiration and their model.”

The Roosevelt-era program sent photographers out to document all of the state’s 120 counties. Forty years later, the Kentucky Documentary Project’s founders Bill Burke, Bob Hower and Ted Wathen had the idea to send out photographers again and to repeat the process every 40 years.

The second project is called “Boyd’s Station 306.36 Visual Documentary and Writing Project” and focuses exclusively on Harrison County. After USA Today photographer Jack Gruber returned to his old homestead, he created a gallery and artist retreat and launched a 12-week internship for documentary photographers. Those photographers focus their work on the county, bringing their different perspectives and talents into the one location.

Albritton noted that taken as a whole, the exhibit breaks through the misconceptions that divide us and emphasizes what we all share in common.

“Photography can highlight our shared experience as people,” Albritton said. “It could be one antidote to the separation that happens from our polarized politics and social media right now.”

The NKU School of the Arts Gallery is located on the NKU campus, Louie B. Nunn Drive in Highland Heights.

The photographs are the work of documentary photographer Sarah Hoskins. Spanning several years, it became a very personal journey.

“Twenty-two years ago, I began what I thought would be strictly a documentary project, it turned into something else along the way,” Hoskins wrote in her artist’s statement. “My life became intertwined with those in the communities I was photographing. They became my friends, my family…The Homeplace is comfort. The place you can go back to no matter how many years have passed. It will always hold something familiar, something safe and will always welcome you back, no matter how long or why you have been away, with open arms.”

The work tells a story that engages the viewer and creates a dialog historically within our community. With names like Maddoxtown, Jimtown, New Zion, Bracktown and others, these communities were settled by newly freed African Americans after the Civil War who found work on the nearby horse farms and large estates — and many still exist today, said Elizabeth Neal, gallery director and curator of the exhibit.

“All these lineages from all these generations of folks who have lived there and raised their families,” Neal said. “It’s just very interesting narrative.”

A takeaway from the exhibit, she said, is the success of the people in these small hamlets who worked hard to create community, often despite almost every kind of hardship, to become that homeplace for family for generations.

“There’s a tenacity in these images, with this culture, this group of folks, to just keep moving forward, to go, to be,” she said.

The Eva G. Farris Gallery is located in the Benedictine Library on the Thomas More campus in Crestview Hills.

At Baker-Hunt Art and Cultural Center, the Fotofocus exhibit features the work of Northern Kentucky artist Ryan Hill. “Ryan Hill: A Thousand Words” challenges viewers to consider the choices they make as consumers through a series of images that document land development sites, art and music festivals and other forms of consumer culture. Baker-Hunt is located at 620 Greenup St. in Covington.

An exhibit of underwater photography in “Faces of the Deep” is the Fotofocus exhibit at the Beheringer-Crawford Museum. For 15 years John and Martha Lange recorded marine life all over the world. Through their love of scuba diving, the couple takes a close look, not only at the residents of the deep but also the environment in which they live. The photographs capture the beauty and splendor of the underwater world and show an appreciation and a drive to protect and preserve it. The museum is located in Devou Park in Covington.

The i.imagine Center of Photography is a nonprofit providing photography-based education for students in grades 6-12. The organization has paired up with the Cincinnati Zoo for its Fotofocus exhibit, “Wildest Dream.” Students from Gray Middle School, Holmes Middle School and Ryle High School worked with zoo photographer Lisa Hubbard to capture images of endangered species. The students’ work is on display as large-format prints spanning the entire outdoor walkway of the zoo’s former Polar Bear exhibit. “Wildest Dreams” is also on display at i.imagine Center, located at 10259 US Highway 42 in Union on Saturdays in October.

For complete information on the exhibits and more on Fotofocus go to fotofocus.org.

AG Cameron stops in Crescent Springs in his bid for governor

Live in Covington? Wanna check out the Behringer-Crawford Museum? For free?

Celebrate Halloween with the kids at Behringer-Crawford’s Monster Madness