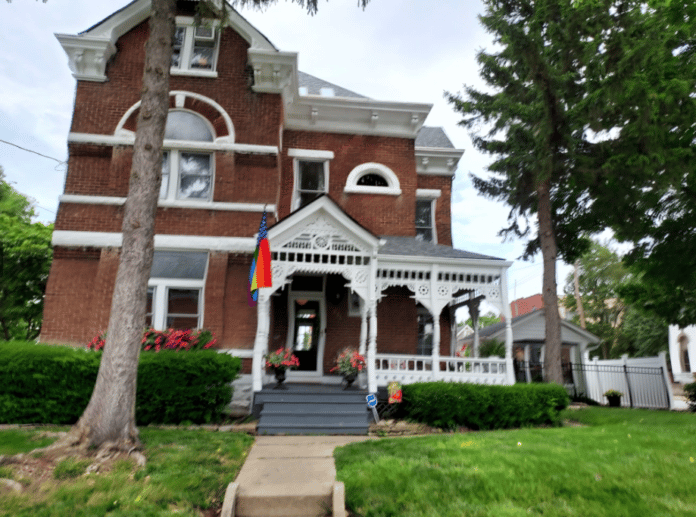 A Bellevue house, known to a generation of kids as the Monkey House, was featured on this week’s episode of Beyond the Curb: River City Living tours.

The monkey connection to the house started in the 1960s. The man who then owned the house found an abandoned spider monkey in a shipping box at the airport. He and his wife adopted it and named it Reb. The wife taught kindergarten, and she took the monkey to her classroom, where Reb became a favorite of her students, coining the name the Monkey House.

Since buying the house a few years ago, the current owners found out that the passage between their bedroom and dressing room was where the monkey lived.

In addition to this interesting piece of history, there are other quirky details in this house, such as the numbered doors on the second floor and the Coca-Cola cooler that came with the house because it was too heavy to move.

Built in 1888, the house has several original elements, like stained-glass windows, the original staircase, and a pocket door to the living room. The door had been trapped inside the wall, and when it was finally set free, it had been so protected that its original key was still in the keyhole.

The home is also considered a bit of a local landmark because of the playhouse that stands alongside it. The small structure was built for a former owner’s daughter but didn’t serve a useful purpose for the current owners. They put in a pool and turned the playhouse, which has electricity, cable, and running water, into a cabana.

Related:  Robotics team gears up for competition with Swerve Drive

The owners have turned their backyard into an oasis alongside the many other renovations they did inside.

You can catch up on all of the episodes at www.BeyondtheCurb.org/video-tours. New Season 3 episodes are released every Friday.