Man stabbed by other man near home of woman they’re both involved with, police say 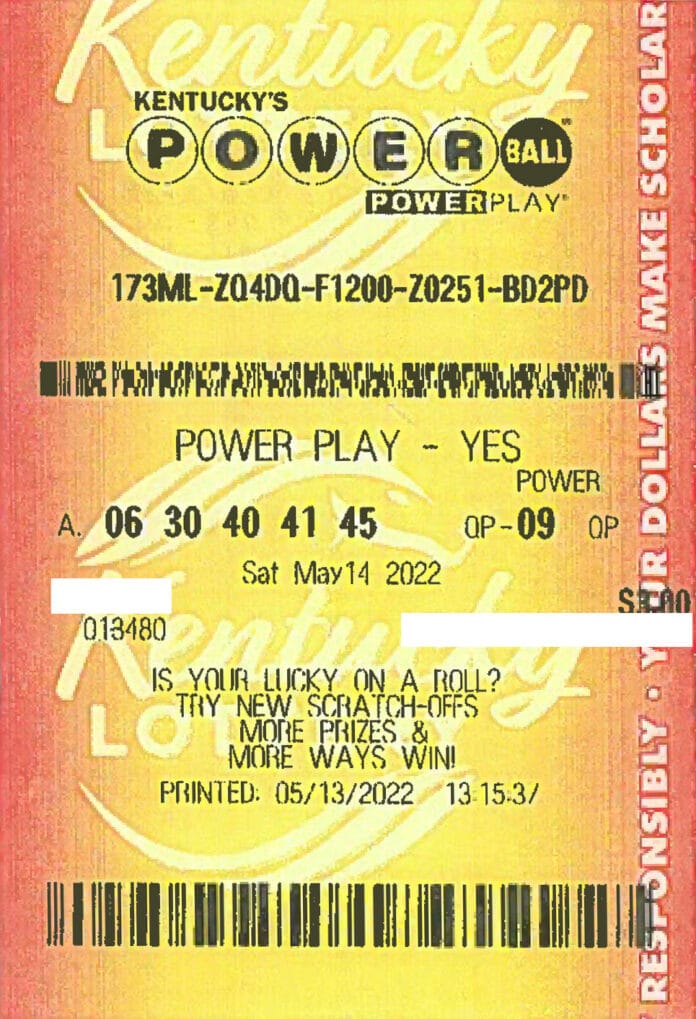 The woman, who asked to remain anonymous, was running errands on May 13 in Florence when she stopped at a Speedway store on U.S. 42 in Florence to purchase a ticket in the multi-state lottery.

“I told myself that morning, ‘I have to stop in town to pick up the winning ticket’” she told Kentucky Lottery officials.

The following Tuesday she learned that she did indeed pick up a winning ticket, scanning at the self-ticket checker where she saw the message, ‘You won $150,000.’

“I just stood there staring at (the display screen),” the woman said. “It went blank so I scanned it again just to make sure. I checked it a third time and this time took a picture because I knew my husband wasn’t going to believe me.”

Her winning ticket matched the first four “white ball” numbers and the Powerball in the May 14 drawing, earning the lottery’s third-highest prize, which is usually $50,000. However, because the woman spent an additional dollar for the “Power Play” feature, the prize was multiplied by three since the “Power Play” number drawn was three.

“I don’t normally play Power Play, but my husband always does,” she said.

She went home to tell her husband the news and found him taking a nap. “You really need to wake up,” she said to him. “He wasn’t completely awake when he looked at it and thought it was $150. I said, ‘no, you need your glasses.” she said.

Her husband went online to confirm the numbers, she said.

“We’ve played for so many years. It feels good,” she said.

After taxes, the woman received a check for $106,500. She told officials she recently became a stay-at-home mom and the winnings will make her family more comfortable.

Speedway will receive a $1,500 bonus for selling the winning ticket.