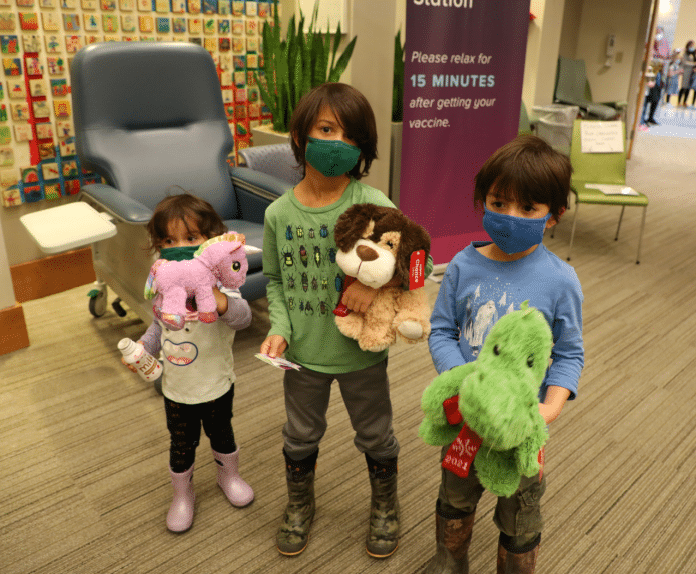 The task force is a special committee of eight lawmakers who study and review early childhood caregiving along with educational structures and operations in Kentucky.

DCBS representatives gave lawmakers an update on the implementation of House Bill 499 from the 2022 legislative session. Task Force Co-Chair Rep. Samara Heavrin (R-Leitchfield) was the primary sponsor of the bill, which creates a public and private partnership pilot program that incentivizes employers to contribute to the child care cost of its employees. The program will officially begin accepting applications on April 2, 2023.

Charles Aull, senior policy analyst with the Kentucky Chamber of Commerce, shared statistics that show 45,000 to 50,000 Kentuckians are not able to work due to childcare.

According to Aull, there are approximately 180,000 jobs available in Kentucky and only 70,000 to 80,000 Kentuckians who are unemployed and actively seeking work.

Earlier this year, the Kentucky Center for Economic Policy said the workforce participation numbers put out by the Chamber are misleading, and it’s leading to legislation that’s cutting vital services to Kentuckians, such as unemployment and food assistance.

“Anyone using the lower number is painting a grossly misleading picture of what is going on,” said Jason Bailey, the executive director of the KCEP. “Some corporate lobbyists have an agenda in mind: to promote massive cuts to unemployment insurance, food assistance, and other benefits that have been so vital to Kentuckians in this crisis. It is important we have a conversation based on facts and not intentionally skewed numbers.”

In a 2021 report from the Kentucky Chamber, child care was named one of the top root causes of Kentucky’s workforce issues, with the cumulative economic impact in Kentucky being between $2.12 billion and $3.23 billion.

Toyota Motor Manufacturing in Georgetown and Rockcastle Regional Hospital and Respiratory Care Center in Rockcastle County are among the businesses in Kentucky already offering child care at a discounted rate to its employees.

Rep. Josie Raymond (D-Louisville) asked Sandy Nott, Toyota Kentucky’s vice president of administration, if Toyota has to invest additional money to cover the cost of its childcare centers, and how Toyota measures its return on investment.

Related:  Inside LINK: Town Crier feedback and our crime reporting

Nott said Toyota does contribute to covering the cost of its child care program.

“Just having that child care development center, we believe, is an advantage for us when it comes to hiring and retaining,” Nott added.

Carroll noted that cost is a major issue when it comes to child care and not just for families.