What is the state of higher education in Northern Kentucky? 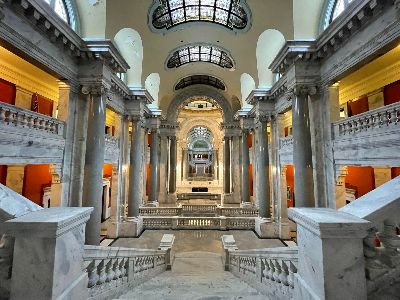 On Tuesday, an 18-year-old gunman, who had bought an AR-15 and hundreds of rounds of ammo days earlier, entered Robb Elementary school in Uvalde, Texas, and killed 19 children and two teachers.

Like previous deadly mass shootings in America, debate over gun legislation and how to protect schools and other public spaces is happening across the nation and in Kentucky.

“Families like those in Texas and Buffalo and so many other communities are suffering incomparable grief, and we owe them viable solutions that make a difference, not inaction or unfunded programs,” said Rep. Rachel Roberts (D-Newport), referencing a deadly shooting at a grocery store in Buffalo that left ten people dead on May 14.

House Bill 63, which passed during the 2022 General Assembly, will provide a school resource officer in place in all schools in Kentucky by August. The bill is an extension of the School Safety and Resiliency Act passed in 2019, requiring an SRO in Kentucky schools.

“That person is there to prevent or at least attempt to prevent what happened in all these school shootings,” said HB63’s primary sponsor Rep. Kevin Bratcher (R-Louisville).

HB63 put a firm deadline in place for SROs to be placed in schools, and schools that don’t comply, or don’t have the financial means to comply, can reach out to the Kentucky State School Security Marshal Ben Wilcox. The office was created as part of this bill in 2019.

While both laws are meant to prevent school shootings, they won’t stop everything, Bratcher said. The gunman in Texas traded gunfire with both an SRO and two police officers before successfully entering the school.

Related:  Inside LINK: We want your opinion

“An SRO is not going to stop everybody and everything,” Bratcher said. “It’s just there as a preventative measure to hopefully be able to stop a situation like that. It’s certainly better than nothing.”

But even then, the legislation lacked funding and gives school districts the ability to effectively waive the requirement if they could not afford an officer, Roberts said.

“I voted for an amendment that would have had the state cover the cost — about $71 million, if we paid to have SROs at all 1,161 public schools — but that, unfortunately, was voted down,” Roberts said. “I believe we should pay for what we require in our schools, especially in a time of record revenues. I also believe strongly that we need more counselors on staff with mental health training to spot issues before they spiral out of control.”

Kentucky: A 2nd Amendment sanctuary and other gun legislation

House Bill 29 was introduced to make the Commonwealth of Kentucky a 2nd Amendment sanctuary, but it failed during the 2022 legislative session. But 115 of 120 counties in Kentucky have already passed local ordinances designating these counties as sanctuaries. Boone, Kenton, and Campbell all passed these resolutions.

One supporter of HB29 was Northern Kentucky Representative Savannah Maddox (R-Dry Ridge), who sits on the House Veterans, Military Affairs, and Public Protection Committee, which is where the bill died during the session.

“I know this is an issue that is very important to myself and a myriad of folks across the Commonwealth,” Maddox said at the time.

During the session, Maddox introduced two other bills, House Bills 122 and 124, that would have further loosened gun restrictions in Kentucky. HB 122 would lower the legal age of concealed carry from 21 to 18. HB124 would banish gun-free zones. Both bills failed without making it to the committee.

While Maddox said she thinks that HB63 is a step in the right direction, she believes that the problem is the inability of Kentuckians to arm themselves.

“In far too many tragedies, the root of the problem is the inability of the lawful to defend themselves from the lawless,” Maddox said.

She cited the Crime Prevention Research Center, which allegedly showed that 98 percent of mass public shootings since 1950 have occurred in places where citizens are banned from having guns. This is also a claim made by former President Donald Trump that was shown to be false, according to a report by the Washington Post, but there is conflicting data from both sides of the aisle.

“So-called ‘gun-free zones’ do nothing to prevent violent criminals from harming citizens, and yet they put law-abiding adults (and the children they are charged with protecting) in jeopardy by infringing upon their right to defend themselves,” Maddox said.

In 2018, three people, including the gunman, were killed in a shooting at Fifth Third Bank in downtown Cincinnati. Whitney Austin survived the shooting and launched the Whitney/Strong Foundation, which focuses on responsible gun ownership and ending gun violence.

The team at Whitney/Strong met with Kentucky legislators to introduce legislation that would allow firearm owners to turn over their firearms in a mental health crisis. Once the gun owner has received help, and the crisis has passed, they could get their guns back.

“CARR (Crisis Aversion and Rights Retention) is a law to help gun owners going through a crisis moment,” Austin said to LINK nky in February. “It could be that the crisis moment is there intent on harming themselves, like suicide, or harming others whether that be mass violence like what happened to me, moments of domestic violence, really any violent incidence using a gun.”

That legislation ultimately failed during the session.

State and national legislators weigh in

State and national leaders have been weighing in throughout the day on social media. Here is what they are saying.

Rep. Rachel Roberts (D-Newport) spoke a phrase in Spanish – the Texas school housed primarily Hispanic students – that translates to “You are in our hearts, Uvalde.”

Roughly 770 people die because of gun violence in Kentucky each year, according to Everytown, a nonprofit that advocates for gun control and against gun violence. This number includes 61 children and teens, while 1,036 are wounded. It costs the state around $4.9 billion each year.

Due to the continued push for weakening gun laws in Kentucky, Everytown ranked Kentucky #40 on its list of states for gun law strength in a new interactive gun law platform.

Labeled as a national failure, “Kentucky’s gun laws are among the weakest in the country,” according to Everytown. “No state law requires background checks on all firearm sales. This makes it easy for prohibited purchasers to buy any gun they’d like with no questions asked, by buying it from an unlicensed seller, like a person they meet online or at a gun show.”

Further research from the group shows that Kentucky doesn’t prohibit domestic abusers from having a gun, it allows concealed carry without a permit, no background check, and no safety training.

Share
Facebook
Twitter
Linkedin
Email
Print
Previous articleMemorial Day events in NKY: When and where you can find them
Next articleInside LINK: We want your opinion

FORUM: How Can Northern Kentucky Bring More Jobs Back Home?